10 Civilians Killed, Wounded in a Terrorist Attack in Aleppo

According to the report, terrorist groups based in Afrin and Azaz areas frequently target the city of Tal Rafat with artillery and rockets, killing and injuring a number of residents.

In the same direction, US terrorist forces transferred a convoy of 16 weapons, military and logistical equipment to its illegal bases in a square in northern Deir ez-Zor.

The cargo entered Syria through Al-Waleed illegal border crossing with northern Iraq with the aim of strengthening illegal bases in the region.
Share It :
Related Stories 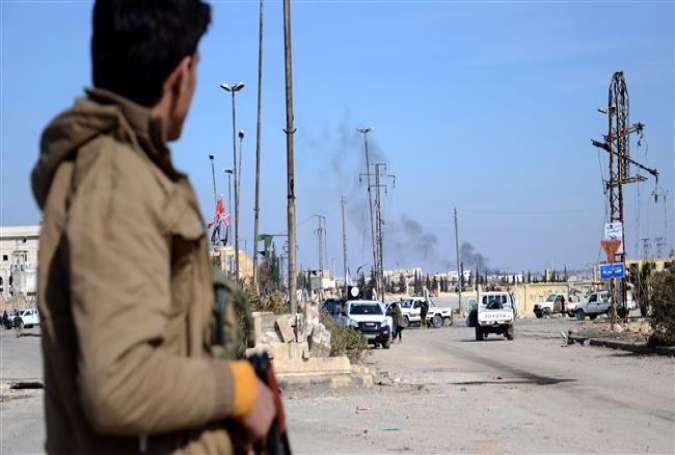