Story Code : 917636
Islam Times - An Israeli woman who was returned to the Zionist entity in a prisoner exchange deal with Syria last week was seen near the Lebanese border last October.
Al-Manar reporter Ai Shoeib posted on his Twitter account on Sunday photos of the woman who was in a vehicle near the border between Lebanon and the occupied territories in October 2020.

Shoeib noted that Zionist officials have kept silent on the issue.

“Do you remember Dina Cohen, the Israeli service member who was spotted at Aita Al-Shaab border area of Khallet Warde? She is the same Israeli woman who crossed the fence at Syria’s Majdal Shams and was released as part of a swap deal despite reservation by Israeli officials on the issue,” Al-Manar reported said.

The Israeli woman, who had strayed over the border, landed in the Zionist entity on Friday morning.

She was released as part of a Russian-mediated swap deal between Syria and the Zionist entity. The swap deal also saw two Syrians released by the occupation regime.
Source : Al-Manar and Israeli Media
Share It :
Related Stories 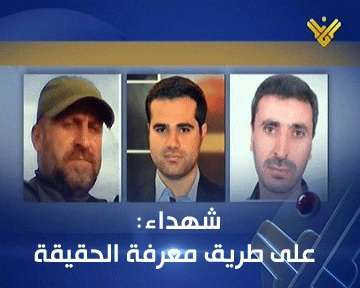 Lebanon cries its martyrs – a country remembers the untimely death of three of Al Manar reporters
Islam Times - An al-Manar television crew came under gunfire Monday during its coverage of the Syrian army's ...
Al-Manar Reporter’s Border Coverage One Meter Away from Israeli Soldiers “Incredible”: Zionist Media