Story Code : 927516
Islam Times - The foreign ministers of Greece and Turkey on Thursday clashed on a wide range of issues during a volatile press conference at the end of their first meeting in over a year.
The talks between Foreign Minister Mevlut Cavusoglu and his Greek counterpart Nikos Dendias were ostensibly meant to show the two uneasy NATO neighbours trying to put aside their differences after a year of complex disputes.

The two countries teetered on the edge of all-out war when their gunboats collided while shadowing each other during a Turkish push into disputed Eastern Mediterranean waters last August.

The press conference opened with conciliatory remarks from Cavusoglu in which he praised "the very positive dialogue" they just held in the Turkish capital.

But Dendias used his opening remarks to rattle off a series of longstanding complaints about Turkey -- from its search from natural gas in contested waters to its treatment of the Greek Orthodox minority and the sides' ongoing dispute about migrants.

"Greece's position is clear and this is not the first time you have heard it," Dendias told Cavusoglu during a particularly heated moment in the 35-minute press conference.

"If you heavily accuse my country and people before the press, I have to be in a position to respond to that," Cavusoglu replied.

"If you want to continue our tensions, we can," Cavusoglu said, adding, "If we go into mutual recriminations here, we have a lot to tell each other."

Turkey had said last month that Dendias was coming to prepare what could have been a groundbreaking summit between Turkish President Recep Tayyip Erdogan and Greek Prime Minister Kyriakos Mitsotakis.

Dendias did offer Cavusoglu an invitation to visit him in Athens and the two ministers walked away from their respective lecturns after exchanging a few pleasantries and smiles.

But the heated exchanges that preceded them underscored the difficulty both the European Union and NATO will have in calming the historic Greek-Turkish rivalry.

"Turkey should not teach Greece any lessons," Dendias said after accusing Turkey of not sticking by its 2016 agreement with Brussels to accept migrants seeking refuge in Europe.

"Greece is ready to move forward and (adopt) a new agenda. But this does not mean that Greece will change its position on foreign policy or that it will abandon its European obligations," Dendias said.

"You always try to teach us about democracy and law," Cavusoglu retorted during an argument about Turkey's treatment of its Greek Orthodox minority.

Dendias had said moments earlier that he relayed Greece's profound displeasure with Turkey's conversion last year of the Hagia Sophia cathedral from a museum into a mosque.

"If they call themselves Turkish, they are Turkish -- you have to recognise this," he said.
Share It :
Related Stories 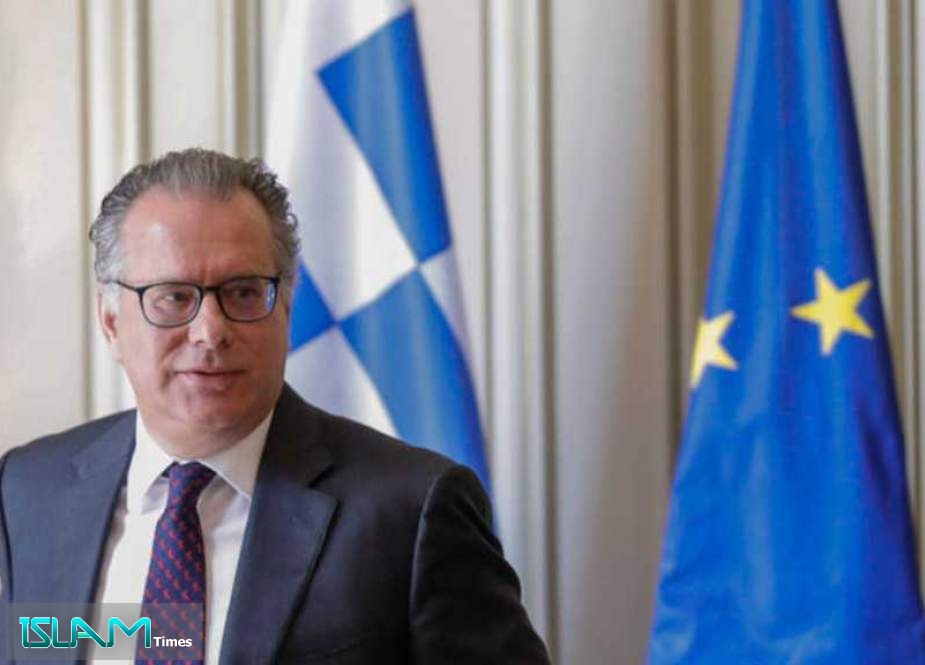