Story Code : 930800
Islam Times - American whistleblower Edward Snowden says the US government still seeks to jail WikiLeaks founder Julian Assange for the act of journalism despite US President Joe Biden's claim of praise for "heroic independent media" on World Press Freedom Day.
Snowden tweeted on Monday that, “This would be more persuasive if the White House weren't aggressively seeking a 175-year sentence for the publisher of award-winning journalism of global importance – despite pleas from every significant press freedom and human rights organization.”

While the Biden administration continues to pursue an 18-count indictment against the founder of whistleblower website WikiLeaks, US Secretary of State Antony Blinken hailed what he called the "US devotion to press freedom” and “the safety of journalists worldwide.”

Biden also highlighted the importance of “truth-tellers who refuse to be intimidated” while celebrating World Press Freedom Day.

Assange faces nearly two centuries behind bars, with most charges linked to the publication of classified material – such as the Iraq and Afghan war logs – leaked in 2010 by former army intelligence analyst Chelsea Manning.

The WikiLeaks founder had been in some form of incarceration since June 2012 when he sought sanctuary at the Ecuadorean Embassy in London.

Assange, however, was arrested in 2019 after Ecuador revoked his asylum, and has been locked up at a maximum security prison in London ever since as the US extradition process is debated.

Snowden was joined by a number of journalists and activists demanding Assange’s release on World Press Freedom Day, including Australian MP Andrew Wilkie, who tweeted that, "Today on #WorldPressFreedomDay I’m calling again for the release of Julian Assange from Belmarsh prison. All Assange did was release information in the public interest. Journalism is not a crime & no one should be punished for doing the right thing.

Earlier this year, some two dozen civil liberties groups – including the Freedom of the Press Foundation, the ACLU, Amnesty International and the Committee to Protect Journalists – told Biden’s Justice Department that Assange’s prosecution "represents a grave threat to press freedom."

A UK judge ruled in January that the founder of WikiLeaks should not be extradited to the United States to face trial.

District Judge Vanessa Baraitser at London's Old Bailey expressed fears Assange could commit suicide, thus blocking his transfer to the US where he will be prosecuted for publishing secret US military documents.

She said if detained in the United States, Assange "faces the bleak prospect of severely restrictive detention conditions designed to remove physical contact and reduce social interaction and contact with the outside world to a bare minimum".
Share It :
Related Stories 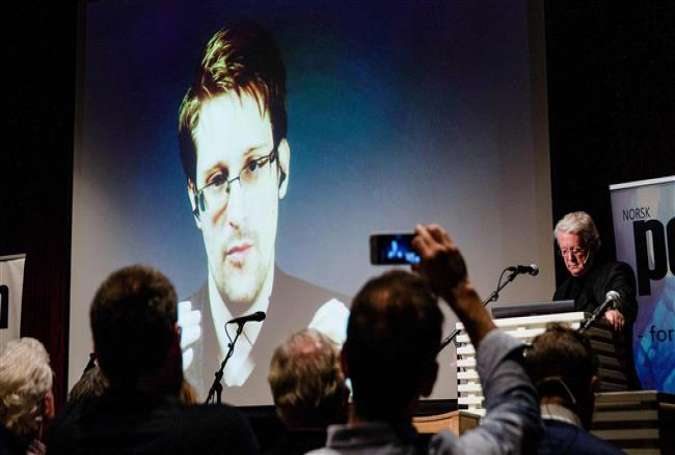