Story Code : 944980
Islam Times - Yemeni armed forces and fighters from allied Popular Committees continue to score territorial gains in their battles against Saudi-led coalition forces and their Takfiri mercenaries across the war-ravaged country, asserting control over a strategic hilltop in the oil-rich Southeastern province of Shabwah.
Local sources, requesting not to be named, said the Yemeni troops and allies have seized Aqaba Al-Qanza hilltop, which overlooks the town of Bayhan, Yemen’s Al-Masirah television network reported.
The sources added that the forces continue to advance in the mountainous region, even though Saudi forces and Saudi-backed militants loyal to Yemen's former President Abd Rabbuh Mansur Hadi have brought in reinforcement from neighboring districts.
They noted that the Yemeni troops and Popular Committees fighters have inflicted heavy losses on Saudi forces and their mercenaries during the offensives.
A senior member of the so-called and separatist Southern Transitional Council (STC), which is supported by the United Arab Emirates, has confirmed the resilience of Yemeni army soldiers and fighters from Popular Committees, and pointed to the Saudi-led coalition’s inability to advance towards capital Sana’a.
“Sana’a – where the National Salvation Government is seated – is becoming more and more inaccessible as each day passes. All hopes of establishing control over it have faded away. Such a failure comes despite the widespread support that the [Saudi-led] coalition provides its allies with,” Fazl Al-Ja’adi wrote in a post published on his Twitter page.
Ja’adi then took jibes at Hadi loyalists, accusing them of pursuing their own interests instead of fighting against the Sana’a-based government forces.
Additionally, the United Arab Emirates (UAE) has sent an arms shipment to Al-Rayan airport in Yemen’s Southeastern city of Al-Mukalla.
Local sources said the weapons included advanced missiles, assault rifles, machine guns, sniper rifles and rocket-propelled grenade launchers.
The UAE, which is the second-most active member in the Saudi-led Arab coalition in Yemen, turned Al-Rayan airport into a military base for its forces in 2016, and refuses to reopen it for regular flights. It reportedly runs a prison there.
Forces of the Saudi-led military coalition and their mercenaries have violated 203 times during the past 24 hours a ceasefire agreement between warring sides for the Western coastal province of Hudaydah.
Al-Masirah, citing an unnamed source in Yemen’s Liaison and Coordination Officers Operations Room, reported that the violations included 15 reconnaissance flights over various regions, including Faza neighborhood as well as Al-Durayhimi and Al-Tuhayat districts, in addition to 26 counts of artillery shelling and 149 shooting incidents.
Delegates from the Ansarullah movement and representatives loyal to former Yemeni President Abd Rabbuh Mansur Hadi attended the peace negotiations in Rimbo on the outskirts of Stockholm in December 2018. The talks resulted in the announcement of a breakthrough agreement.
The document included three provisions: a ceasefire along the Hudaydah front and the redeployment of armed forces out of the city and its port; an agreement on prisoner exchange; and a statement of understanding on the Southern Yemeni city of Ta’izz.
Saudi Arabia, backed by the US and regional allies, launched the devastating war on Yemen in March 2015, with the goal of bringing Hadi’s government back to power and crushing popular Ansarullah resistance movement.
Yemeni armed forces and allied Popular Committees have, however, gone from strength to strength against the Saudi invaders, and left Riyadh and its allies bogged down in the country.
The Saudi war has left hundreds of thousands of Yemenis dead, and displaced millions more. The war has also destroyed Yemen's infrastructure and spread famine and infectious diseases across the Arab country.
Share It :
Related Stories 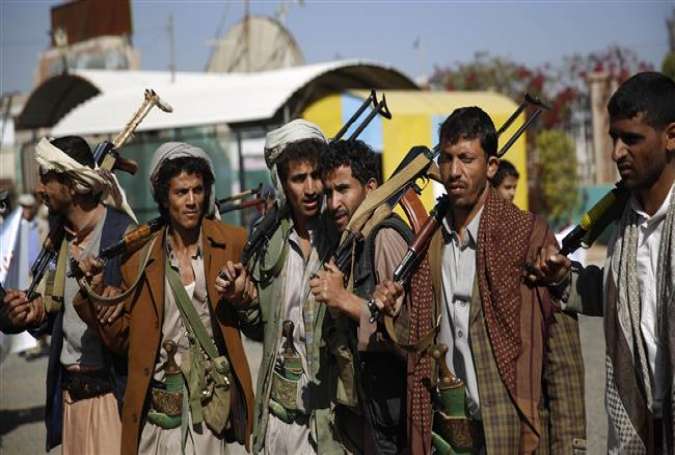