Israeli Sudan Role: What Are The Goals?

Story Code : 843047
Islam Times - Tel Aviv is designing a new strategy to move closer to the African coastal states. A couple of days ago, Israeli Prime Minister Benjamin Netanyahu visited Uganda.
Israeli media said that Netanyahu during the visit met with a Sudanese delegation led by Abdel Fattah al-Burhan, the head of the Sudan transition council. They, media added, agreed on starting a diplomatic normalization process.

“Netanyahu called the meeting historic,” the PM’s office stated, adding that al-Burhan is interested to help Sudan get on the “development track” by putting an end to its isolation.

The US State Department also published a statement, saying that Secretary of State Mike Pompeo talked over phone with al-Burhan and appreciated him as the “leader of normalization with Israel.”

After the Israeli statement, Faisal Mohamad Saleh, the government spokesman and minister of culture, said he did not have any information of such a Sudanese-Israeli agreement. Still, the meeting marks a fundamental change in the ties of two countries that have so far been at loggerheads theoretically and politically. If they normalize, Sudan will be the third Arab state after Egypt and Jordan to formally normalize diplomatic relations with the Israeli regime.

The cooperation with South Sudan is the main window for the Israeli historical and bloody intervention in the Sudanese affairs. Although the South Sudan state’s age does not reach a decade, the Israeli ties with southerners dates back to the 1960s, the decade Mossad backed the southern struggle for independence from Khartoum-based central government. The Israelis between 1969 and 1971 even globally promoted the pro-independence struggle in the behalf of the separatist Anyanya movement.

The conflict between the south and the north started from 1955, a year before Sudan gained independence from Britain and Egypt. The long conflict killed over 2 million Sudanese and displaced some 4 million.

The second round of civil war started in 1983 when President Jaafar Nimeiry insisted he would apply the Sharia law in the south. As the war reignited, Anyanya renamed to Sudan People’s Liberation Movement (SPLM). Meanwhile, the Israelis strengthened the SPLM’s military wing commanded by John Garang de Mabior.

Garang died in a helicopter crash in 2005 when he was en route to home from Uganda. His successor Salva Kiir Mayardit boosted the ties with the Israelis. When South Sudan announced independence in 2011, Tel Aviv recognized it as a state in less than 24 hours. Salva Kiir visited the occupied Palestinian territories in December of the same year to open his embassy in Al-Quds (Jerusalem).

For the Israeli government, getting a toehold in South Sudan provided a window out of the regional and international isolation and also a power to check the Iranian influence in the Horn of Africa, especially that in the past Sudan was a close ally to Iran. Also, South Sudan has oil and other natural resources that can be found attractive by the Israelis. Tel Aviv transferred Ethiopian Jews to the occupied territories in the 1980s through southern Sudan. It also opened its doors to southern Sudanese as a labor force to justify its construction of illegal settlements in the Palestinian lands. Figures suggest that some 7,000 southern Sudanese are now living in the Israeli regime. Although Israeli circles conflict over their presence, since January 2011 the southern migrants and refugees were granted the right to legally work in the Israeli regime.

As civil war erupted in Sudan in 2013, Israeli intervention gained focus again. In 2015, the United Nations Security Council passed a ban on arms delivery to Sudan’s warring sides. However, in July 2015 reports held that Tel Aviv sent worth of $140 million arms to South Sudan.

Over the past decades, arms delivery to African states and support to the pro-separation and violence movements has been the face of the Israeli foreign policy in Africa all to distract the international attention from the ever-growing Israeli ruthless violence against the Palestinians. In 1990, for example, Israeli government violated the arms embargo on Ugandan government which was accused of genocide in civil war. Tel Aviv trained and equipped quelling forces of repressive regimes of Cameron, Togo, and Equatorial Guinea.

Under former president Omar al-Bashir, Sudan was one of the leading Arab states decades-long boycotting the Israeli regime for its occupation of Palestine. As Sudan went through a political crisis marked by anti-Bashir protests, Israeli intelligence played a major role in toppling the president.

In addition to political middling in Sudan, Tel Aviv has a record of direct military actions in the African country. The New York Times in 2009 reported Israeli airstrikes in Sudan. In 2012 such a report was made by the Reuters news agency. Also, in 2015, the media said Sudan shot down an Israeli spying drone over the north of the capital Khartoum.

As in 2019 an uprising built against al-Bashir amid deteriorating economic conditions, Washington and Tel Aviv on the one hand and Riyadh and Abu Dhabi– which were the president’s allies– on the other hand worked under an alliance to topple the long-serving leader. They removed al-Bashir but kept the military-controlled structure of the government.

Sudan is an important country because it is part of the Arab League and takes a center stage in Saudi-Turkish competition. Just before al-Bashir collapse, Turkey was optimistic to expand investment in the African country and rent an island for military use. But the uprising against al-Bashir was unavoidable and Saudi Arabia and the UAE welcomed it. Riyadh and Abu Dhabi support the military domination of the transitional council as they sought to secure continued military support of Khartoum to the Arab war against Yemen. Sudan’s Sovereign Council is an administrative and law-making body comprised of military and civilian members headed by military chief Abdel Fattah al-Burhan formed to supervise power transition to civilians.

The US, which blacklisted Sudan as a state sponsor of terrorism and thus deprived Khartoum of international credit and World Bank’s development loans still maintains sanctions as a tool to make new Sudanese government side with Washington policies. In December last year, White House removed Sudan from the Religious Freedom Blacklist but said it will continue to recognize Khartoum as a state sponsor of terrorism.

Israeli sources said Sudanese delegation during the meeting with Netanyahu asked to help open Washington doors to them to help remove Sudan from the blacklist. Netanyahu informed Pompeo of the meeting content.

The Israelis also want to sway Libyan developments through Sudan ties. They seek to oust the internationally-recognized Tripoli-based government because a Turkish deal struck with it late last year can hamper the Israeli ability to export gas.
Source : Alwaght
Share It :
Related Stories 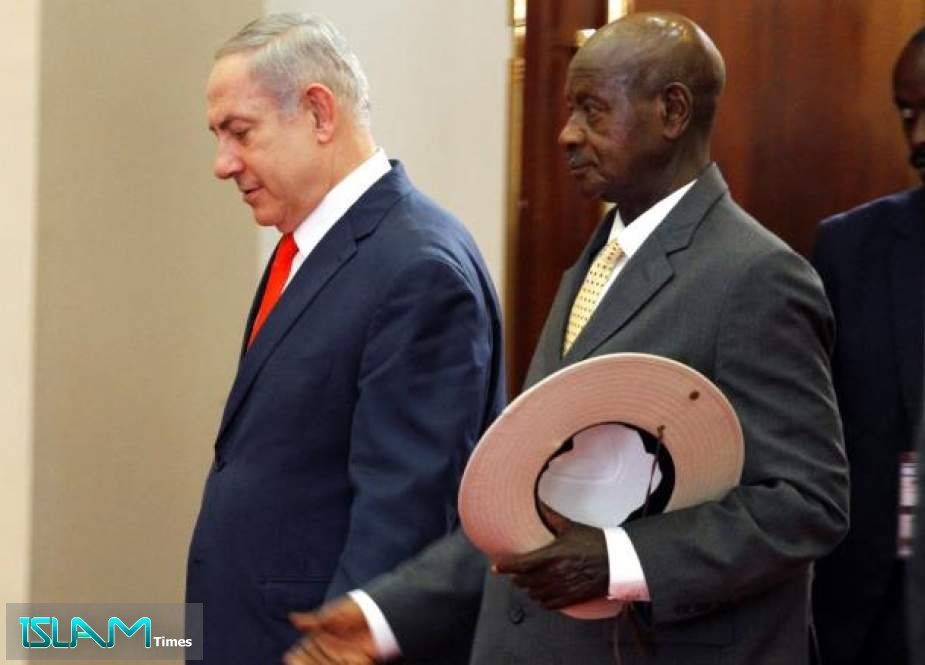