Story Code : 812559
Islam Times - US Muslim Congresswoman Rashida Tlaib has described American President Donald Trump as “a white supremacist” with “a hate agenda,” further insisting that he is “afraid of women of color” following Trump’s recent derogatory attacks on her and fellow Muslim and African American lawmakers.
“It’s been very clear to me, especially this last week, that he’s scared of us,” said the Democratic lawmaker from the state of Michigan in an interview published Saturday by UK-based daily The Guardian, referring to herself along with fellow African-American Congresswomen Ilhan Omar of Minnesota, Alexandria Ocasio-Cortez from New York and Ayanna Pressley of the state of Massachusetts, who have become known as “the Squad” for their persistent criticism of Trump’s unyielding anti-immigrant and often racist political rhetoric.

“He’s afraid of women of color … because we’re not afraid of him and we’re not afraid to speak up and say that we have a white supremacist in the White House who has a hate agenda,” the native-Palestinian congresswoman further emphasized.

“He’s afraid because we have a real agenda for the American people,” Tlaib then explained, noting that many of the progressive ideas she and her congressional allies are pursuing – such as strengthening civil rights, ending corporate control of government, eliminating student debt, Medicare for All, and taxing the rich – are popular not just with Democrats but also with independent MPs and even some Republican representatives as well.

'Trump has failed as president'

“He can bring it,” Tlaib added, “because we actually have policies that came from the people. What he’s doing by choosing us four as his target is trying to distract folks from the fact that more people are living in poverty than ever, because he has failed as a president.”

The US president, meanwhile, appears to be bent on portraying Tlaib and her congressional allies – all in their first term in the US House of Representatives – as Democrat party leaders.

“She and her [three] friends are the new face of the Democrat [sic] party,” Trump wrote in a Twitter post last Tuesday, adding: “Live with it!”

Tlaib further underlined that she was confident Trump’s time in office was limited, arguing that he does not seem to realize the Squad is much larger than the four minority lawmakers in Washington and that it includes all the women in the freshman class who come from diverse backgrounds, have overcome challenges, and are up in front of Congress asking “Why?”

'We can defeat not just racism but systemic oppression'

It’s that Squad and the American people who are standing up to Trump, she also emphasized, saying: “I really believe that when we work together, we can defeat this type of hate and the attacks on our families – not just racism, but systemic oppression.”

Tlaib’s remarks came shortly after Trump disrupted a planned visit to occupied Palestinian territories by her and fellow Muslim Congresswoman Ilhan Omar by urging the Israeli regime to block the official tour. The US president then taunted and repeatedly insulted the Michigan lawmaker, calling her obnoxious, violent and crazy.

After Tlaib wept during a press conference, Trump further tweeted that he did not “buy her tears,” also accusing her of “anti-Semitism.”

These were only the latest salvos in an ongoing political scuffle between Trump and Congresswomen Tlaib, Omar, Ocasio-Cortez and Pressley, the four progressive Democrats who together make up “the Squad.”

Meanwhile, the powerful pro-Israel lobby in the US and some conservative Michigan Jews who do not even live in Tlaib’s district intend to interfere in her 2020 re-election campaign. They consider her as vulnerable because she represents a majority African-American district and narrowly defeated a black candidate by only 900 votes in the 2018 primary. The pro-Israel lobby plans to support an African-American challenger to prevent Tlaib’s re-election.
Share It :
Related Stories 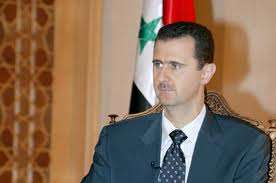 A Syrian's Perspective: Democracy vs. Foreign Invasion. Who is Bashar Al Assad?
Islam Times - Bashar al-Assad has recently been demonized by the mainstream and so-called alternative media who claim that he is a brutal dictator....
A Person Who Attends to a Patient is Like a Person Who is Immersed in Divine Mercy

Yemen will officially become the poorest country in the world .. Who is responsible?
Washington’s Espionage Charades: Exactly Who Is The Traitor?
Mohammad bin Salman and Nasser bin Hamad: Who is “Iron Man”?
Donald Trump is afraid of taking on white supremacists
If Daesh Was Behind the UK Attacks, Who Is Behind Daesh?
The Russians Get Blamed Again, but Who Is Really Subverting American Democracy?
Comment
UK Says Strongly Supports JCPOA
First US Space Force Squadron Lands in the Gulf
Woman Arrested for Allegedly Sending Trump Poisoned Letter
Lebanese President Calls for Refugee Return on 75th UN Anniversary
Biden: Trump’s “Lies, Incompetence” Lead to Gravest Losses in US History
Russia Says ‘Not Afraid of US Sanctions’ over Arms Trade with Iran
Palestinians Fear Cost Of Arab States’ Normalization with ‘Israel’
PA Quits Arab League Chairmanship: Unhonored to See Arab States Rush to Normalize with the Occupation
Britons to Return to Home Working, New Limitations amid COVID-19 Surge
UN General Assembly Holds Virtual Summit for World in Crisis
Iraq’s Sadr: Israel Would Mark Own Ending by Opening Embassy in Baghdad
Possible Targets for Taking Revenge for Gen. Soleimani
Why Is Iraq’s Al-Kadhimi Pushing To Cozy Up To Kuwait?
2,000 Days Since It Began, the War in Yemen Is Poised To Turn Even More Deadly
SA Minister: US Report of Iran’s Assassination Plot ‘Bizarre’
Five Nations Are Weighing Normalized Ties to ‘Israel’: Trump Aide
EU Parliament Urges Arms Embargo on Saudi Arabia
Over 30 Taliban Fighters Killed in Afghan Airstrikes: Govt.
How US Takes Advantage of Terrorism for Purpose of Its Hegemony!
Rights Groups: UAE Hires Thousands of Mercenaries to Carry Out Assassinations in S Yemen
Featured Stories