Story Code : 957422
Islam Times - The “Israeli” entity is planning to build around 10,000 new settler units in Qalandia, a village in the occupied West Bank, according to reports in “Israeli” media.
The municipality in al-Quds [Jerusalem], controlled by the regime in Tel Aviv, has plans to construct the new units at the abandoned site of Jerusalem International Airport near the Atarot industrial settlement, the entity’s Channel 13 reported on Tuesday. The report, however, did not divulge details about the plan and its current status.

The international airport in al-Quds, also known as the Qalandia Airport, was the only airport in the occupied West Bank until 1967. After the entity occupied the Palestinian territories, the airport was used only for domestic operations until 2000, when it was completely closed and abandoned by the regime.

In December 2020, Khalil Tafakji, the director at the al-Quds-based Arab Studies Society, was quoted as saying that the “Israeli” regime seeks to “build a new settlement on the land of the Jerusalem [al-Quds] airport.”

“The demolition of Jerusalem Airport means that ‘Israel’ will eradicate any chance for establishing the capital of the Palestinian state in East Jerusalem [al-Quds],” Tafakji said then.

In its recent report, “Israeli” group Peace Now said the regime considers the land as its own territory, where it can build settlements without seeking permission from Palestinian owners. It said the “Israeli” plan includes demolition of dozens of Palestinian homes in the area on the pretext of lacking construction permits.

Over the years, the “Israeli” entity has unfailingly demolished Palestinian homes, claiming that the structures have been built without legal permits, which are nearly impossible to obtain.

The regime has on several occasions ordered the Palestinian owners to raze down their own homes or shell out demolition costs to the local municipality.

In a recent report, the United Nations Office for the Coordination of Humanitarian Affairs [OCHA] said “Israeli” authorities either demolish or seize Palestinian property in the occupied West Bank and East al-Quds, a trend which has led to the displacement of a large number of Palestinians in recent months. According to the OCHA report, the “Israeli” entity has demolished more than 420 Palestinian-owned structures in the West Bank so far this calendar year, as it pushes ahead with its settler-colonialism project.

In July, “Israel” flattened the oldest known Canaanite Cemetery in the West Bank – on the pretext of building a bypass road.

More than 600,000 “Israelis” live in over 230 settlements built since the 1967 “Israeli” occupation of the Palestinian territories of the West Bank and East al-Quds. All the settlements are illegal under international law. The United Nations Security Council has condemned the entity’s settlement activities in the occupied territories in several resolutions.
Share It :
Related Stories 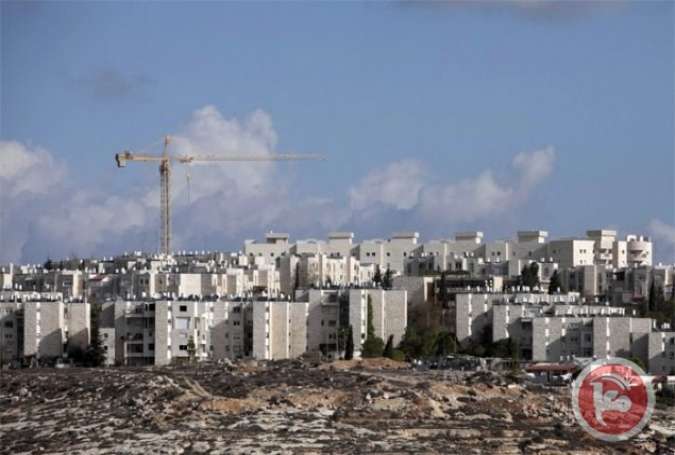