Story Code : 501351
Islam Times - A senior Iranian official says Tehran will implement the July 14 nuclear agreement with the P5+1 group of countries only if the International Atomic Energy Agency (IAEA) closes the case of the so-called possible military dimensions (PMD) regarding Iran’s nuclear program.
Secretary of Iran’s Supreme National Security Council (SNSC) Ali Shamkhani said on Sunday that it will be impossible to implement the agreement, known as the Joint Comprehensive Plan of Action (JCPOA), without the closure of the file pertaining to Iran’s outstanding nuclear issues.

The Iranian official added that the closure of the outstanding nuclear issues depends on the approval of a resolution by the IAEA’s Board of Governors in line with the obligations of the P5+1 group of countries.

The SNSC official emphasized that the P5+1 group should choose between implementing the JCPOA and keeping the PMD file open.

Iran and the P5+1 group – the United States, France, Britain, Russia and China plus Germany – finalized the text of the JCPOA in the Austrian capital, Vienna, on July 14.

On the same day, IAEA Director General Yukiya Amano and head of the Atomic Energy Organization of Iran, Ali Akbar Salehi, signed a roadmap for “the clarification of past and present outstanding issues” regarding Iran’s nuclear program.

The IAEA has been tasked with the monitoring and verification of technical issues under the JCPOA.

Shamkhani also stated that a recent report by the IAEA chief about the implementation of the Non-Proliferation Treaty Safeguards Agreement and relevant provisions of the UN Security Council’s resolutions in Iran proved that there is no diversion in the Islamic Republic’s nuclear activities.

He, however, dismissed illegal and repeated claims by the November 18 IAEA report about undeclared nuclear material and activities in Iran.
Share It :
Related Stories 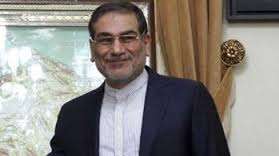