Story Code : 814754
Islam Times - The chief commander of Iran's Islamic Revolution Guards Corps (IRGC) says the country’s military and security power is impenetrable and invincible, adding that the country's enemies are aware of this fact.
Speaking during inspection of the IRGC’s units and personnel in the Bushehr region in southern Iran, Major General Hossein Salami said on Thursday that the military power of the Islamic Republic has been put to test time and again.

“Our enemies are only aware of a small part of the reality of our defense capability. However, they know that the military and security power of the Islamic Republic of Iran is impenetrable and invincible,” IRGC’s chief commander said.

The Islamic Republic’s deterrent capability has been built up on the basis of its ability to “subjugate great enemies,” he said, adding that by enhancing this power, the defense forces are prepared to guard the country’s national security, borders, independence, and territorial integrity on a daily basis.

"We have developed our [military] equipment and power based on the strategy of overcoming extra-regional arrogant powers, and have demonstrated parts of that [strategy] in different fields and certain operational theaters," Iran's top military commander said.

Iran’s enemies have borne witness to both the technological capacity of its military equipment and the conviction of its servicemen to defend the values representing its Islamic Revolution, the IRGC chief commander stated.

“We are a proven power in the region and, therefore, (the enemies) will be observing our true power in practice,” Salami concluded.

Following the Islamic Revolution’s victory in 1979, the Islamic Republic concentrated a major part of its efforts on boosting its defensive military might.

The conviction, combined with nationwide commitment to guarding the IRGC’s achievements, earned the nation its triumph in the 1980-88 Iraqi imposed war.

Iran has ever since been relying exclusively on indigenous contribution in order to reinforce the savvy and level of operational performance of its military.

The status of the country’s combat readiness and alertness in the face of potential intrusion manifested itself most recently in June, when the IRGC downed a trespassing American drone in southern Iran, and in July, when the elite force detained a British tanker that had violated maritime laws in the Strait of Hormuz in the Persian Gulf.
Share It :
Related Stories 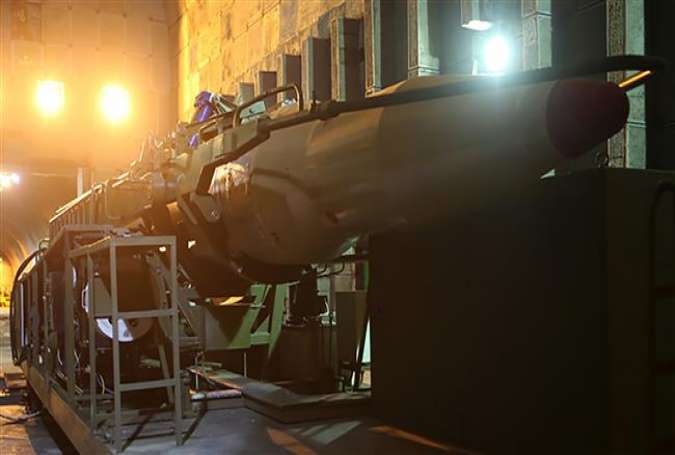