Story Code : 854741
Islam Times - US President Donald Trump has warned that the next two weeks will be the toughest and there will be a lot more deaths, promising additional military deployments to help the states contain the Covid-19 outbreak.
Trump announced the deployments of “thousands” of soldiers and military personnel to help states across the country. At least 1,000 additional troops are being deployed to New York City alone.

"We are going to be adding a tremendous amount of military to help."

The number of Covid-19 cases across the United States exceeded 300,000 on Saturday, nearly a half of them in New York and New Jersey. Over 8,000 people succumbed to the virus and related complications as the outbreak has yet to reach its peak in the US.

Some of the states that have not been hit as hard yet are demanding much more supplies than needed, Trump added. To avoid shortages, the Federal Emergency Management Agency (FEMA) and the Department of Health and Social Services have ordered the production of 180 million face masks, while some 29 million doses of antimalarial drugs will be placed in the National Strategic Reserve.

Globally, the death toll from coronavirus passed a grim benchmark, topping 60,000 on Saturday, with more than 1.1 million people infected worldwide, according to a tally maintained by Johns Hopkins University.
Share It :
Related Stories 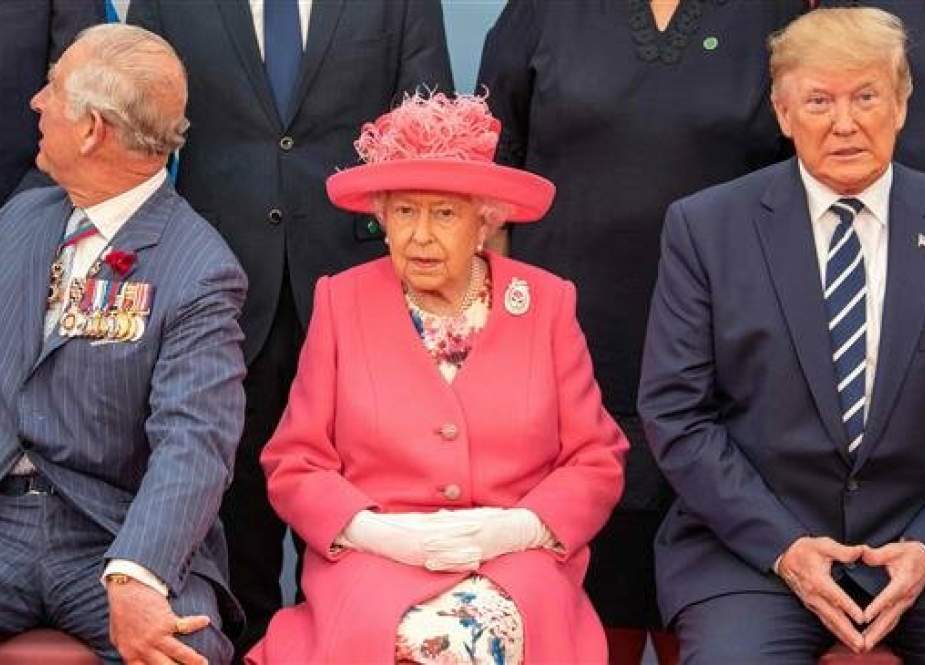 ‘There's always a chance’ of war with Iran, Trump repeats anti-Iran claims in UK visit
Islam Times - US President Donald Trump has repeated his anti-Iran threats, claiming that “there's always a chance” of war with the Islamic Republic....
UK PM Theresa May to emphasize value of NATO, EU to Trump
Mexico says there is 'no way' it will pay for Trump wall
There is ‘ample evidence’ of Trump collusion, Schiff says
Theresa May to liken Brexit to Trump’s victory
There is more to proposed Trump-Kim talks than meets eye
Pyongyang: There is a special relationship between Kim and Trump
There is a cost to Trump. We are seeing it now in Gaza
Comment
UN: Yemen’s Aden Leads World with Highest COVID-19 Mortality Rate
Minnesota police Arrest CNN Team Live on Air in Minneapolis
Twitter Flags Trump’s Tweet on Minneapolis for ‘Glorifying Violence’
Extortion, Entitlement and Mafia-Style Tactics Mark Israel’s Current State of Affairs
Iran’s Fourth Oil Tanker Enters Venezuelan Waters
China to Counter Any US Actions over Hong Kong Bill: Ministry
Shamkhani Lauds Oil Tankers Crew: Iran Owes Its Glory to Those Who Aren’t Afraid of Enemy
Iran’s Defense Minister: Allowing US Entry to Persian Gulf Region A Strategic Mistake
What Would Happen if Twitter Banned Trump?
Russia Condemns US for Cancelling Sanction Waivers
Foreign Ministry Censures US Police Brutality against Black Men
The World Counts Victims of Corona but Doesn’t Ask about the Victims of Wars Waged by the US and Europe
Senior Commander Killed in Yemen during Infighting between Saudi & UAE Militias
Turkish-Backed Militants Abduct over 30 Syrians in North: Report
Leader Asks MPs to Work on ‘Culture & Economy’ as Two Priorities of Country
Iraqi PM & Putin Discuss Oil Market and Syria
Thousands Protest Chinese Security Law as Unrest Returns to Hong Kong