Story Code : 879387
Islam Times - The United Kingdom has de facto seized $1 billion of gold stored in its bank from Venezuela at a time when the Latin American nation is grappling with the pandemic, the deputy secretary of the Russian Security Council said.
"Caracas urgently needs this money to deal with the aftermath of the pandemic. But London's High Court has declared Guaido legitimate head of state and turned Venezuelans down. It's effectively an act of illegal expropriation. What should we make of this step? Will banks become the source of legitimacy? I'd rather they don't," Alexander Venediktov said.

The High Court declined in July to give the Venezuelan government access to 30 tons of gold retained by the Bank of England after President Nicolas Maduro's challenger Juan Guaido filed a rival claim. The court said the UK "'unequivocally recognizes" the opposition leader as Venezuelan president, Sputnik reported.

Right now, the Bank of England holds about $1.13 billion worth of Venezuelan gold, refusing to give Maduro's government access to it or transfer the gold to another bank.

In May, the BCV filed a legal claim in a commercial court in London to try to force the Bank of England to transfer Venezuela's gold reserves to fund the nation's coronavirus response.

Venezuela's push to release its frozen gold assets in the UK began after the US and other western countries refused to recognize the results of the 2018 presidential election in Venezuela, in which Maduro secured an overwhelming victory for another term amid an economic meltdown in the country.
Share It :
Related Stories 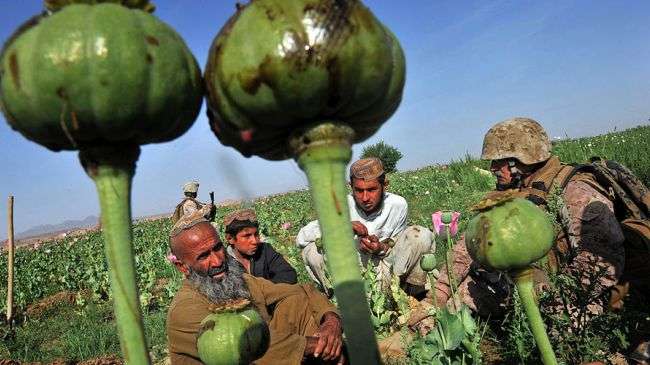 Helmand poppy crop tripled since UK took over security
Islam Times - Opium poppy production in the Afghan province of Helmand, where British forces are stationed, has tripled compared to 2006 when the British first went there, a United Nations ...
Comment
A Just Peace