Story Code : 958352
Islam Times - The German government said German chancellor and French President had phone calls on Monday with the Presidents of Ukraine and Russia to discuss the conflict in Ukraine.
The four officials agreed their foreign ministers should meet, Reuters reported.

German Chancellor Angela Merkel and French President Emmanuel Macron spoke first with Ukrainian President Volodymyr Zelensky on the implementation of the Minsk Agreements aimed at bringing about a peaceful resolution of the conflict in Ukraine.

"Russian President Vladimir Putin, German Chancellor Angela Merkel and French President Emmanuel Macron discussed in detail the disturbing situation around the stalling of the process of the settlement of the Ukrainian conflict. The three leaders noted the importance of the implementation of the 2015 Minsk Agreements as the only settlement basis. They also stressed the importance of further coordination of Russia’s, Germany’s, and France’s efforts in the Normandy format," the Kremlin press service reported.

"Bearing in mind the difficult situation in the settlement of the conflict in southeastern Ukraine, the leaders asked their political advisers and foreign ministries to intensify contacts in the Normandy format," the Kremlin said, adding that the leaders also discussed a number of other international issues, including counter-terrorism efforts on the African continent.

Putin’s previous conversation with Macron and Merkel took place in the videoconferencing format on March 30. The Russian president then expressed concern over Kiev’s destabilizing actions in Donbass.
Share It :
Related Stories 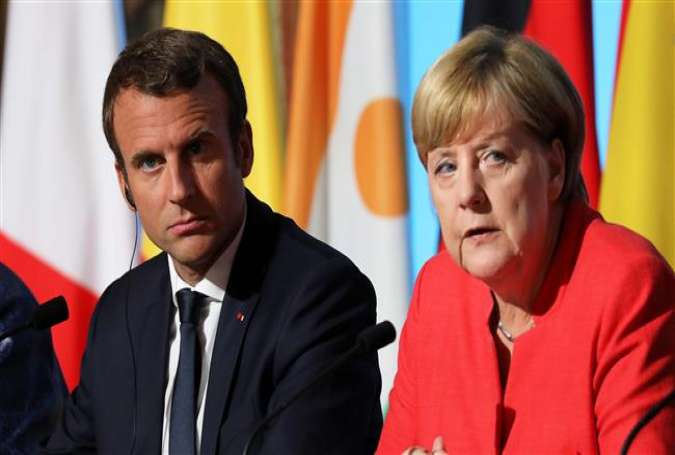