Story Code : 959478
Islam Times - Iranian President Sayyed Ebrahim Raisi said that Iran will resume nuclear talks in Vienna, but the most important thing that should be taken into serious consideration is that the talks must secure interests of all Iranian people.
Speaking in his second televised interview on Monday night, Raisi said that the economic problems facing people in the country can be settled with the cooperation and collaboration of government officials and people, adding that his administration will try to settle economic problems diligently.

Raisi pointed to nuclear deal, officially known as the Joint Comprehensive Plan of Action [JCPOA], inked between Iran and six world’s major powers in mid-July 2015, saying: “We are serious in result-oriented negotiations and other parties involved in nuclear talks should show their seriousness in lifting illegal and oppressive sanctions imposed against the country.”

Turning to Iran’s accession in Shanghai Cooperation Organization [SCO], Raisi called on all activists in the country’s economic sector to make their utmost effort in line with strengthening ties with all SCO’s member states.

Iran has the establishment of relations with its neighbors as a top priority, he said, adding, “Today, most regional and neighboring countries have shown their vehement interest to establish ties especially trade and economic ties with the Islamic Republic of Iran, so that this golden opportunity should be used optimally.”

He also pointed to Iran’s position towards the developments in Afghanistan, saying that the formation of an inclusive government that can represent all groups active in Afghanistan is supported by the Islamic Republic.

Today, Daesh [Arabic for ‘ISIS/ISIL’], created by US government, is destabilizing Afghanistan, Raisi said, adding that Iran’s strategy is to stabilize Afghanistan, while the American strategy is to create instability and division in this country.
Share It :
Related Stories 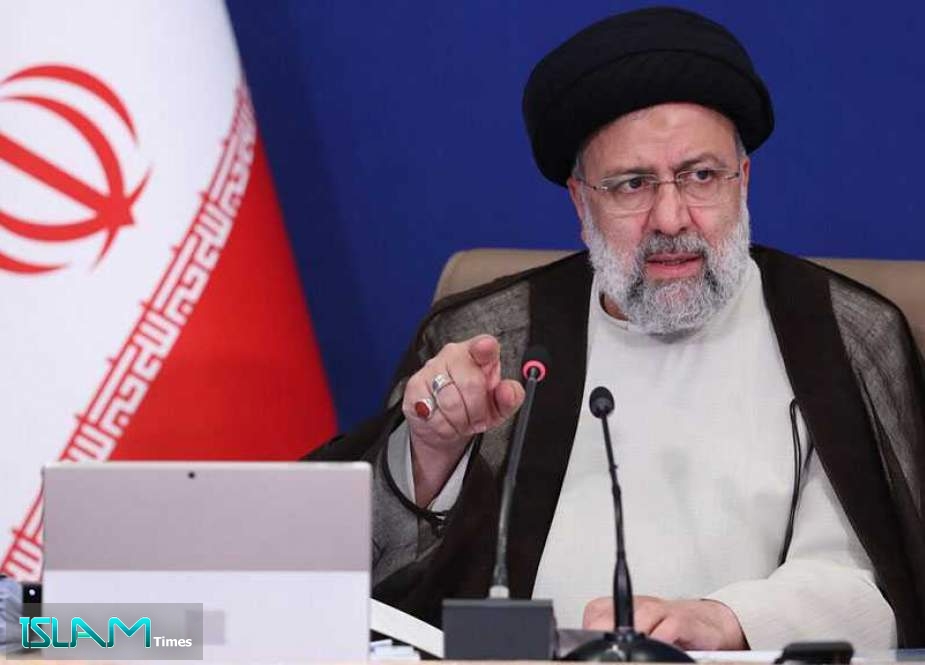