Story Code : 781253
Islam Times - The leader of Yemen’s Houthi Ansarullah movement has vehemently condemned attempts by a number of Arab states and Persian Gulf kingdoms to normalize diplomatic relations with the Israeli regime, stressing that such efforts are in blatant contradiction to teachings of Islam.
Delivering a televised speech broadcast live from the Yemeni capital Sana’a on Sunday afternoon, Abdul-Malik al-Houthi said, “The Israeli regime is a partner to the ongoing military aggression against Yemen. Their hostility toward Yemen is intensely reflected in their media reports. The administration of (Israeli Prime Minister Benjamin) Netanyahu is complicit in this onslaught.”

He added, “The scandalous Warsaw Conference -- an international gathering organized by Washington in the Polish capital on February 13-14 -- was, in fact, a declaration of normalization and partnership with Israel.

“There can be no normalization and relations with the Israeli enemy unless at the expense of the Palestinian cause and recognition of (Tel Aviv regime’s) occupation.”

The Ansarullah leader further pointed out that normalization of relations with the Tel Aviv regime will pave the way for Americans and Israelis to advance their projects in the Middle East region.

“Occupation of any part of the Muslim world is a bid to target Muslims. Normalization of ties with the Israeli enemy amounts to opposition to all those who are at odds with the Tel Aviv regime. Such normalization runs contrary to the teachings of Islam,” Houthi highlighted.

Houthi's remarks came amid reports denoting that Israel and several Arab states have had secret contacts for years, and the two sides have stepped up their attempts to bring their clandestine relations out in the open.

The Israeli regime recently re-launched a “virtual embassy” in a bid to “promote dialogue” with the Persian Gulf Arab states.

The Jerusalem Post daily newspaper reported that the two men had discussed ways to advance the so-called Middle East peace process as well as other matters of mutual interest.

Elsewhere in his remarks, Houthi described the US and Israel as the main enemies of Muslims, stating that Washington and Israel are aggressively seeking to serve their own interests.

Houthi highlighted that the ongoing Saudi-led war on Yemen is due to Yemenis’ rejection of becoming pawns in US and Israeli schemes.

“God does not allow our people to be servants to (the United States of) America and Israel. All the hatred and hostility toward Yemeni people is because of their loyalty vis-à-vis national issues. Their problem with us is due to our free and independent approaches and our responsible positions,” he concluded.

Saudi Arabia and a number of its regional allies launched a devastating campaign against Yemen in March 2015, with the goal of bringing the government of former Yemeni president Abd Rabbuh Mansur Hadi back to power and crushing Ansarullah.

According to a new report by the Armed Conflict Location and Event Data Project (ACLED), a nonprofit conflict-research organization, the Saudi-led war has so far claimed the lives of around 56,000 Yemenis.

The Saudi-led war has also taken a heavy toll on the country’s infrastructure, destroying hospitals, schools, and factories. The UN has already said that a record 22.2 million Yemenis are in dire need of food, including 8.4 million threatened by severe hunger.
According to the world body, Yemen is suffering from the most severe famine in more than 100 years.

A number of Western countries, the US and Britain in particular, are also accused of being complicit in the ongoing aggression as they supply the Riyadh regime with advanced weapons and military equipment as well as logistical and intelligence assistance.
Share It :
Related Stories 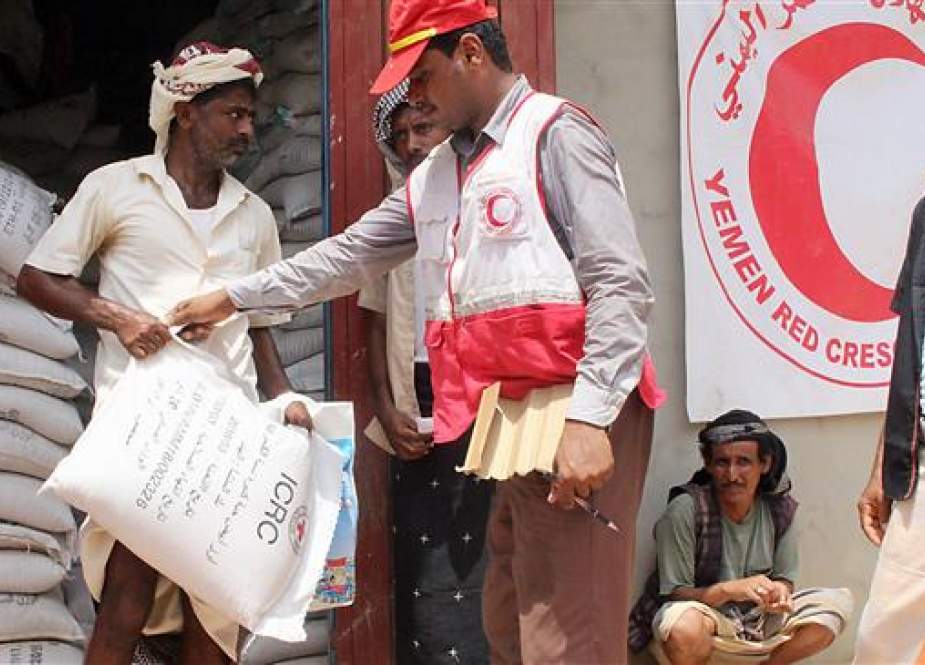