Iran: No Plan for Meeting with US Officials in New York

Story Code : 954704
Islam Times - The Iranian foreign ministry announced on Sunday that the country’s officials will not meet their US counterparts on the sidelines of the upcoming UN General Assembly meeting in New York.
“Iran has no plan for meeting with the US officials in New York,” Foreign Ministry Spokesman Saeed Khatibzadeh told reporters in a press conference in Tehran.

He added that Iranian Foreign Minister Hossein Amir Abdollahian will leave for New York ton Monday to attend the General Assembly and will have about 45 bilateral meetings with foreign ministers from different continents.
Asked about the possibility for holding a meeting with the representatives of the G4+1 (China, Russia, Britain and France plus Germany) on the sidelines of the UNGA, Khatibzadeh said, “Regarding the G4+1 meeting, I would like to emphasize that if we see that the meeting can be in the direction of what we said, that is fruitful negotiation, we will make the decision. We have not made a decision now. What is important is that the foreign minister will have bilateral meetings with all the G4+1 foreign ministers, and if there is a special agenda, it can be held collectively between Iran and the G4+1, but no decision has been made yet.”
A senior Iranian diplomat said that President Seyed Ebrahim Rayeesi will deliver a speech on the first day of the UNGA on Tuesday (September 21).
"Given the spread of coronavirus, COVID-19, pandemic, President Rayeesi will address the UNGA meeting through video-conference," Iran's Ambassador and Permanent Representative in the United Nations Majid Takht Ravanchi said.
He meantime pointed out that the Iranian delegation, to be headed by Amir Abdollahian, will arrive in New York on Monday and will hold several meetings with foreign counterparts.
Holding bilateral meetings with foreign ministers of other countries to discuss latest regional issues including Yemen and Afghanistan and organizing high-level meetings in different fields such as energy, food security, racial discrimination and the need to eliminate weapons of mass destructions (WMDs) are among other main topics of discussion by the Iranian delegation.
Share It :
Related Stories 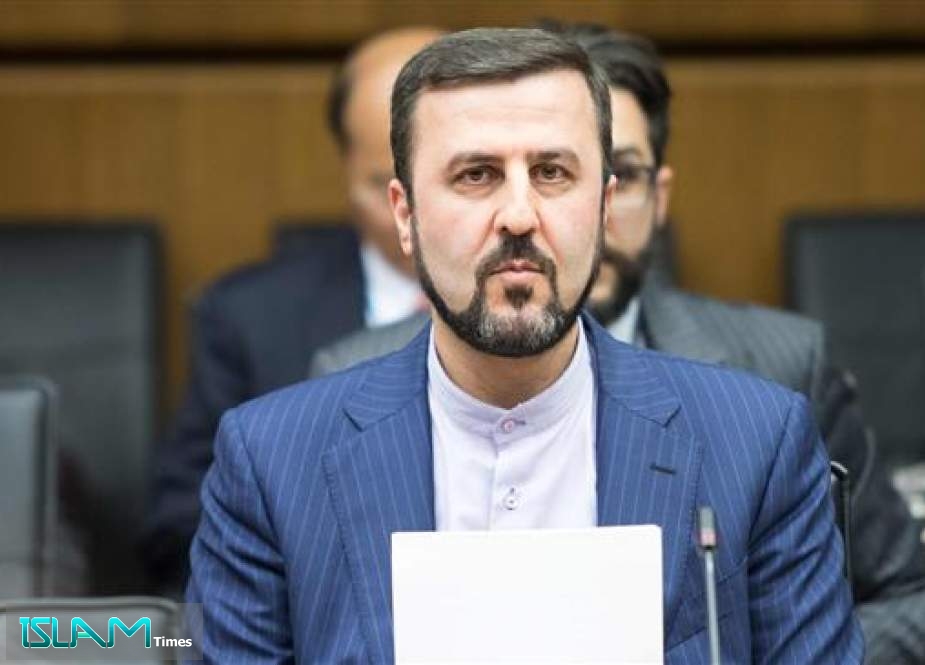