Story Code : 867012
Islam Times - On Wednesday, Iran marked the 31st anniversary of the founder of the Islamic Revolution Imam Khomeini’s passing. Over the past three decades, the world has witnessed a host of events and developments most significant part of which definitely related to the very person of Imam Khomeini and his lasting legacy the Islamic Republic.
The first ring of the chain of developments was the reactions of the Islamic Republic opponents led by the Western countries which enthusiastically announced that with the demise of the leader a power struggle could lead to a civil war in Iran.

A couple of hours after this prediction by the westerners, the second wave of developments started, a role played smart by the Assembly of the Experts of Leadership. At the time, the AEL stepped into the case to fulfill its historic duty, choosing Ayatollah Sayed Ali Khamenei as a new Leader of the Revolution in a three-hour session, strengthening the Islamic Republic. The choice influenced many of the future developments just against the will of the overbearing Western powers. The latest ring of this chain of developments is the current chaos across the US which exhibits and echoes the influence of the Imam Khomeini’s calls for justice.

With a look at the developments over the past 31 years, it can be claimed that if it was not for Imam Khomeini and his Islamic Revolution and the events related to it, the world now had another shape, with injustice and oppression more piteous being its characteristics.

All these developments were caused by a man presenting the purest translation of the Islamic justice hundreds of years after Prophet Muhammad’s first revelation, or Bi’tha. The accurate and subtle knowledge of Islam by Imam Khomeini or as he smartly calls the “pure Muhammadian Islam” and the duteousness caused by this pure version of Islam in the late 20th made Islam– through rehabilitation– the key player of that greatly dangerous and chaotic period of the human community.

By raising the pure Muhammadian Islam and introducing some explanations about it, Imam Khomeini, beside negating the claims by some Islamic leaders about being believers of Islam and leading Islamic governance, revealed very significant realities about Islam in stark contrast to the claims of those leaders.

Albeit, the instructions of the pure Muhammadian Islam introduced by Imam Khomeini were not limited to those leaders. Rather, they also were directed to the world in general and the tyrant political systems in their various forms. His instructions opened a new window of the realities of creation to the world, familiarizing the people and especially the Muslims with novel issues of governance which to that date were explained and adopted in accordance with the will of the world powers.

The pure character of Imam Khomeini on the one hand and his spiritual and ascetic morale as well as his precise and deep vision to governance and power as tools to spread justice and fight oppression and also console the oppressed by retaking their rights on the other hand put Imam Khomeini on the same path as that taken by the prophets. This prophetic movement that also enjoyed the very important character of temporal recreation had dramatic outcomes, including:

1. The spread of Imam Khomeini’s thought over time: By raising the pure Muhammadian Islam and familiarizing the Muslims and even non-Muslims with it, Imam Khomeini showed the humanity a school of thought and a path that could lead the humans of today’s world, who are exhausted from the oppression, to redemption. Because of this feature, even after his passing, his thought and school endured and will endure forever and will actively play their role in the modern world.

Meanwhile, the extraordinary point is the decisive role of Ayatollah Khamenei in the promotion and continuation of Imam Khomeini’s path and thought. His presence in the place of Imam Khomeini covered the dangerous distance between the holder of the thought and the thought itself caused by the passing of Imam Khomeini, as if Imam Khomeini is still alive and holding the leadership of the revolution. This sense is a reality both the proponents and opponents of the Islamic Republic have.
Source : Alwaght
Share It :
Related Stories 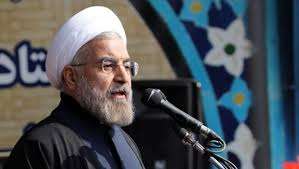 Rouhani: We Follow Imam Khomeini’s Path of Belief “We Can”
Islam Times - Iranian President Sheikh Hasan Rouhani praised the Islamic Republic achievements on many fields, stressing that these achievements were because “we follow Imam Khomeini’s ...
Bahraini journalist: Ayatollah Isa Qassim walks on the paths of Imam Khomeini, al-Sadr
Zarif: US Approach to Sanctions ‘Pathological and Reckless Addiction’
“Israel” is an obstacle in the path of peace
US Mischief in Region Not to Affect Path of Resistance: IRGC Quds Force Commander
US Senator Says Trump Still Has a Path to Victory
Deal of the Century: Dimensions and Paths
Bahrain Clerics Vow to Remain on the Path of Martyrs until All People’s Usurped Rights are Restored
Comment
Fear of the Government Forces Nigerian Journalists Not to Write about Sheikh Zakzaky's Condition
’Israeli’ Fighter Jets Escort US B-52 Bombers in New Inroad in Mideast
US Senator: Trump Can Make Republican Party Bigger, Stronger, or He 'Could Destroy It'
Jewish Fund, UK Branch Continue to Help Further Illegal Land Confiscation in WB
Iran Frees Spy Zaghari After Ending Five-Year Prison Term
US, South Korea Reach Cost-Sharing Agreement on American Troops
US Says 'All Options on Table' for Afghanistan, No Decision on Troop Withdrawal by May Deadline
Russia Says Ready to Engage with US in Reviving Iran's Nuclear Deal
Yemeni Forces Down Turkish-made Saudi Spy Drone over Jawf Province: Army
Kurdish Militants Kidnap +200 People in Syria’s Raqqah, Hasakah Provinces
Yemeni Missile Hits Saudi Aramco Oil Facility: Spokesman
Pentagon Assessing Systems after Tens of Thousands of US Orgs Hacked
India Threatens to Jail Facebook, Whatsapp & Twitter Staff
Three Gazan Fishermen Martyred in Israeli Attack Off Khan Yunis
Hezbollah “Will Make Israel See Stars” in Case of Any Attack on Lebanon: Sheikh Qassem
Nigerian Professor: Our People Consider Sheikh Zakzaky as their Last Hope for their Freedom
Iraqi MP Calls Attack on US Base near Erbil "Fabricated"
Damascus and Moscow: US-led Coalition Continues to Support Terrorists in Syria
Pope & Sistani Meeting NO to Normalizing with Israeli Regime
Extensive Fire at Farah Customs on Iran-Afghanistan Border