US, NATO Colluding With Daesh in Afghanistan: Moscow

Story Code : 944797
Islam Times - Moscow revealed collaboration in Afghanistan between US and NATO forces and Daesh [Arabic for ‘ISIS/ISIL] terrorists, specifically pointing to the use of unmarked supply helicopters in Daesh-infiltrated areas where the country’s air space remains under the complete control of the US-led forces.
"Russia is aware of unmarked helicopters conducting flights in areas, where [Daesh] militants were active, particularly in Afghanistan’s north," Russian Foreign Ministry spokeswoman Maria Zakharova said during her press briefing on Thursday.

"This is how terrorists received reinforcements and evacuated the wounded, as well as dead bodies," Zakharova said.

"It would have been impossible to carry out such activities unbeknownst to the US and NATO forces that had complete control of Afghanistan’s airspace," he said.

"We believe that this information is enough to draw conclusions about cooperation between the US and IS fighters," the senior diplomat said, noting that Russia had already made the information it had public and that international organizations, including the United Nations, could use it for further probe into the matter.

Her remarks coincided with earlier statements by the director of Russian foreign ministry’s Second Asian Department, Zamir Kabulov, that Moscow had received information about specific facts related to the US-led coalition’s cooperation with Daesh in Afghanistan.

"As for actual facts, we have repeatedly mentioned them. However, we don’t do it in a way typical for the Anglo-Saxon world, which includes the demonstration of test tubes to the UN Security Council that later turn out to be a hoax. We do it based on facts," Zakharova said when asked whether Moscow would release details of interactions between the US and Daesh terrorists.

Daesh began establishing a presence in Afghanistan almost a year after making sweeping land grabs in Iraq and Syria in 2014.

Former Afghan President Hamid Karzai was the most ranking official to announce first that the US was colluding with Daesh in Afghanistan and allowing the Takfiri group to flourish in the war-stricken country.

In the same context, Chief of Staff of the Iranian armed forces, General Mohammad Hossein Baqeri, said in February 2018 that "after witnessing Daesh and other organized terrorist groups losing their ground in Iraq and Syria, the Americans are now relocating them to Afghanistan."

About a year later, Secretary of Iran’s Supreme National Security Council Rear Admiral Ali Shamkhani, and Secretary of the Russian Federation Security Council Nikolai Patrushev warned about the deliberate relocation of Daesh remnants from their former bastions to Afghanistan.
Share It :
Related Stories 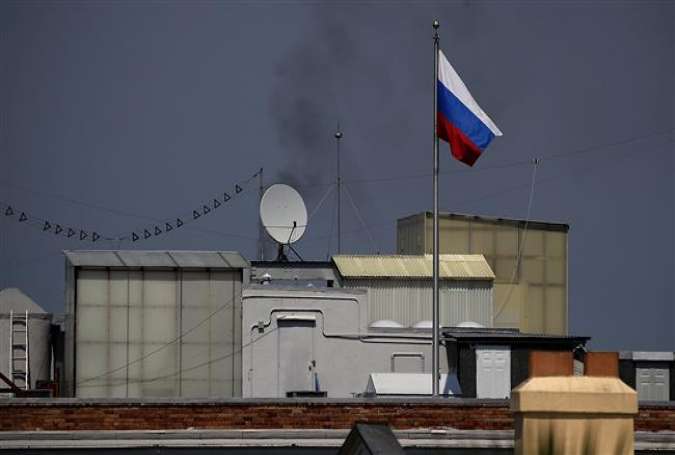