Story Code : 881830
Islam Times - The Yemeni military said Daesh (ISIL or ISIS) and al-Qaeda terrorists recently targeted in operations in the province of al-Bayda received support from the Saudi-led coalition waging war on Yemen and Western countries.
Speaking in a news conference on Friday, Yemeni Military Spokesman Brigadier General Yahya Saree said the week-long operations were conducted in the Northwestern areas of the province, presstv reported.

He said the terrorists that were targeted operated in coordination with Arab and Western intelligence agencies and received financial and military support from the Saudi-led coalition waging war on Yemen, specifically Saudi Arabia itself, the United States, and the United Arab Emirates.

The Saudi-led coalition conducted dozens of airstrikes in an attempt to hinder the Yemeni forces’ advance toward the terrorists’ positions, the spokesman said.

He said the Yemeni military had obtained documents that showed that the Daesh and al-Qaeda terrorists were fighting alongside Saudi-backed mercenaries.

The operations in al-Bayda resulted in the liberation of 1,000 kilometers of land from the control of the militants, and the seizure of 14 camps used by the terrorist groups to train members and build explosive devices.

Saree also said that the recent operations left 250 militant dead, wounded, or captured. Five Daesh commanders were among the dead. So were militants of foreign nationality.

The spokesman said Yemeni military was now after those remaining militants who had managed to flee. He said they had moved to areas held by Saudi-backed mercenaries, including Ma’rib Province and some Southern areas.

Saudi Arabia and a number of its allies launched the devastating war on Yemen in March 2015 in order to subdue a popular uprising that had toppled a Riyadh-friendly regime.

The US-based Armed Conflict Location and Event Data Project (ACLED), a nonprofit conflict-research organization, estimates that the war has claimed more than 100,000 lives over the past five years.
Share It :
Related Stories 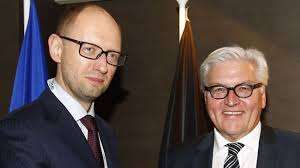